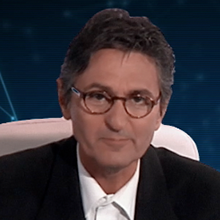 I recently started working with a company called INPROHEAT Industries (Industrial Process Heat Engineering). They’re a Western Canadian Engineering firm that specializes in designing and deploying thermal energy and processing equipment for large industrial applications. Their clients are in Mining, Pulp and Paper, Gas and Oil–that sort of thing–big industrial systems, boilers, heaters and the like.

I updated my LinkedIN profile to show that I’m now hosting a Video News Program we’ve developed for Inproheat called “The Ignition Report.” LinkedIN immediate sent out a notice to my contacts that I have a new job! Which is true I suppose but I haven’t abandoned my job at Strut Media Group either — a bit confusing, but I’m very pleased to be working with Inproheat for a simple reason; they get what it means to promote your industry, not just your company. We talked to them about creating a voice for the company that would speak for their industry, a voice of leadership that would promote their entire network of partners, suppliers and clients. They immediately got it because that is just what they have been doing for 56 years now, just not using the Internet and social media. It was an easy conversation because they have already established a reputation for respect and integrity. INTEGRITY, that’s what we found in great abundance from the management at Inproheat in their approach to promoting the company.

We all know the value of integrity in business. If you’re looking for long term relationships, integrity is an essential ingredient required on both sides of the table to a build a successful, mutually beneficial partnership. We all look for integrity in relationships of course, but many don’t think about this particular value when it comes to marketing and advertising. We forget, or don’t even consider the value of integrity in marketing communications. It’s not that we set out to be deceitful or dishonest but so much of this genre is of the “Brag and Boast” sort. We feel obliged to take this approach to drum up business and that’s OK as far as it goes. But there is a longer game that is played by companies that want to build client relationships that will endure for many, many years. Inproheat is coming up on 60 years in business now and still maintains supplier and partner relationship that began in the early 1950’s.

So when we began talking to them about developing an online video news program that would speak for the entire thermal energy industry in North America, not just their own company, they immediately got it! Of course the ultimate strategy of the program is to raise awareness for Inproheat, but this plan fit their own principled approach to the way they have succeeded in business for 56 years now. They have always promoted their suppliers and contributed to the industry they work in. An excellent recent example was a 3 day conference and series of seminars they sponsored in Saskatoon Saskatchewan last month inviting suppliers from all over North America to participate and present their technologies and process advancements to local Western Canadian mining industries.

Inproheat footed the entire bill and hosted a dinner party for all of the participating companies on the 2nd day of the event. Smart marketing? You bet! Smart networking? Double down on that bet! The intent was pure and the integrity evident. Inproheat management knows that when you promote your industry and your partners and stakeholders every one wins. “Givers Get” as the saying goes and there is no doubt that Inproheat will get a great deal of well deserved recognition that will elevate and sustain their profile and brand within the thermal energy industry in Western Canada and throughout North America.

The Ignition Report team was their to capture video interviews with presenters and share their messages through the channel as well. Now that’s how you “IGNITE” your network and build your brand and profile with integrity.

The mandate of The Ignition Report is to promote  Efficiency and Responsibility throughout the industry.  That’s integrity. That’s smart marketing.

Congratulations Inproheat, and thanks for the new job!